Women’s soccer Colombia: Caicedo: “It’s impressive how the foot of the Colombian player has grown” | Present 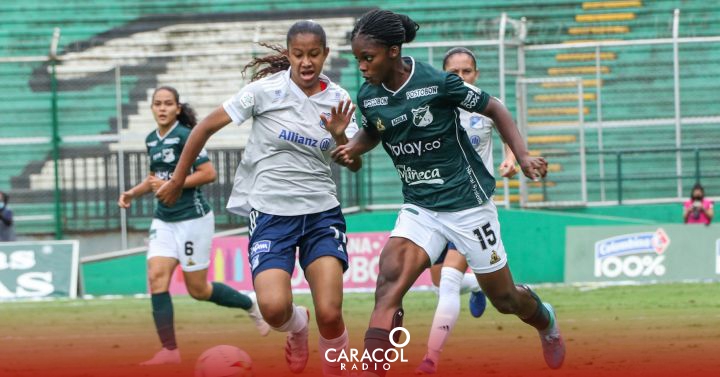 Linda Caycedo She is one of the most unbalanced players in Colombian soccer today. The soccer player of Deportivo Cali, talked with The VBar abou

Linda Caycedo She is one of the most unbalanced players in Colombian soccer today. The soccer player of Deportivo Cali, talked with The VBar about what will be the semifinals of the League against Santa Fe, the growth of women’s football in the country and its possible link with Barcelona of Spain.

Regarding the semifinal of the league against Cardenal, he commented: “It’s going to be a nice game, both teams have the conditions to reach the final, the one who makes the fewest mistakes will arrive. Hopefully we can achieve the goal we want.”

For his part, he referred to his process with the Colombia selectionhaving the opportunity to integrate the sub-17, sub-20 and Seniors at 16 years of age.

“Very happy for that opportunity in the majors (Copa América 2022), you have to take advantage of it with the public in favor. It’s going to be a nice tournament, I’m going to be with older people and I’m going to learn a lot”, he commented on the older team.

Regarding women’s football in the country, she stressed: “Everything is a process, here we are starting, Let’s hope they believe more in us, that the league grows more. It is impressive how the Colombian player’s foot has grown.”

Finally, regarding the possibility of reaching Barcelona in Spain, he highlighted: “We have to grow little by little, I have this year here in Colombia, we have to wait if the opportunity to leave the other year is given. Nothing is certain, I would only go out but I don’t have a fixed team.”