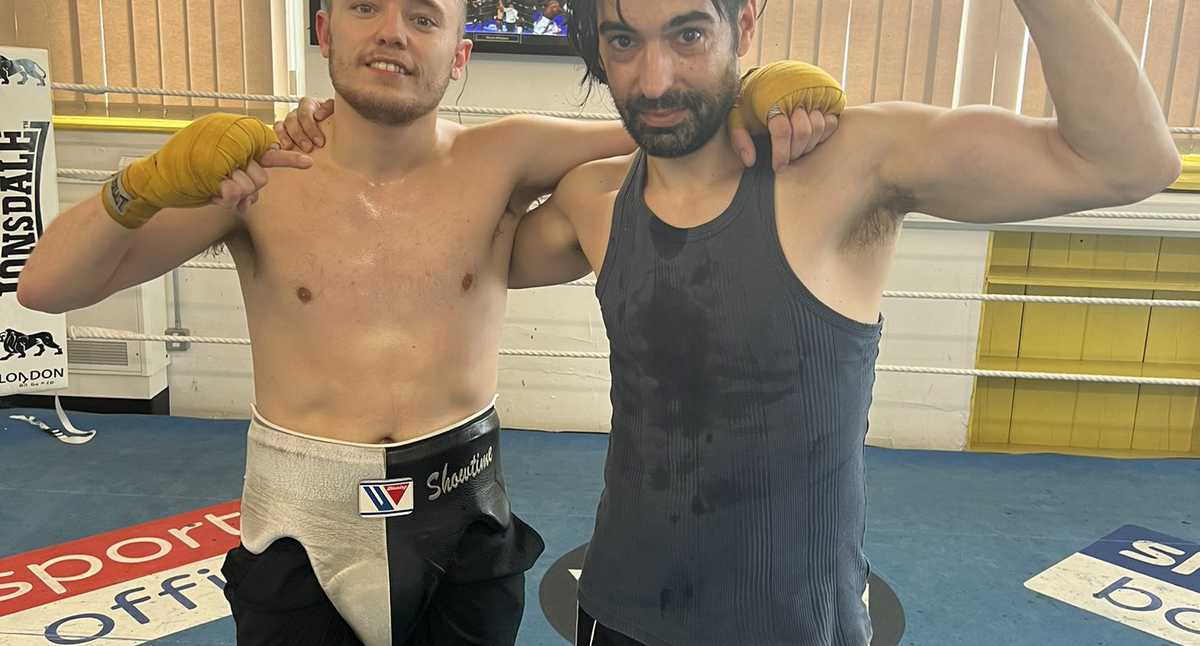 British boxer Sunny Edwards is the World Boxing Federation champion in the flyweight category. With a record of 14 wins, the high-profile athlete

British boxer Sunny Edwards is the World Boxing Federation champion in the flyweight category. With a record of 14 wins, the high-profile athlete has not recorded an official loss, nor has he ever drawn a fight, which shows just how deadly he can be in combat.

The champion’s calm was interrupted by a Twitter user named Fab Tanga, who began to defiantly trill mentioning Sunny Edwards and challenging him to a fight. According to Fab, he would have all the capabilities to beat the world champion in four rounds or rounds.

The attitude of the Twitter user caught the attention of other users, who began to encourage a possible confrontation hoping that the professional boxer would give some sign of what Fab Tanga was saying.

The long-awaited moment arrived, Sunny Edwards did not tolerate so many challenging trills and accepted the challenge of the boxing fan to face each other in the ring.

After internal conversations with the boxer and his team, the challenger against all odds showed up at the agreed place and registered it through his Twitter account. Sunny Edwards sent him to pick him up to go to the place where the fight would take place.

Both put on gloves and it was decided not to use head protection, which made the confrontation more spicy. As described by people who were present during the fight, Fab Tanga insistently tried to hit the champion during the first seconds, but as expected, Edwards’ skill allowed him to get out with ease.

In a challenging way, the world champion kept his guard down during the fight to encourage the challenger to throw more punches, Sunny seemed to be in a warm-up feinting his opponent. It is said that she dealt Fab about ten punches without much power before he finished the fight.

To put an end to that novel, the world champion hit Fab Tanga with a strong overhand, sending him against the ropes and therefore announcing that he could no longer continue due to the pain and nausea he felt at that moment.

The fight was recorded in an amateur video in which the little effort that Sunny Edwards made to beat his challenger is evident.

In total, the fight lasted two rounds in which Sunny Edwards had fun and the challenging tweeter suffered every second of the fight.

At the end of the fight, the world champion said that he did not think Fab Tanga would dare to face him, adding that although he let him throw a couple of punches, he had to teach him the difference between a high-level athlete and an ordinary person. He assured that he had fun, but that he doesn’t have time to entertain any fan who wants to challenge him.

For his part, Fabrizio (Fab Tanga) lowered the burdens of the confrontation on social networks by trilling in a friendly way, highlighting the quality of the athlete that Sunny Edwards is and wishing blessings to the world boxing champion.

I want just say with all my heart, thank you @SunnyEdwards you demonstrated to me that in UK there are at least one SUPER CHAMPION, I will pray the God to protect you, your family and friends, he is fast, he is really fu*** fast, 84 pound for back in London, I feel me raped 🙂

“I just want to say with all my heart, thank you Sunny Edwards you showed me that in the UK there is at least one SUPER CHAMPION, I will pray to God to protect you, your family and friends, he is fast, he is really fast, 84 pounds to go back to London, I feel like I was raped,” said the boxing fan on his social media.

Fury in the North vibrates with two titles in Poli
Jake Paul vs. Tommy Fury: Tommy Fury: “Jake Paul dresses up to look like a boxer”
Boxing: Sergey Kovalev in great shape for cruiserweight debut
BOXING 3598