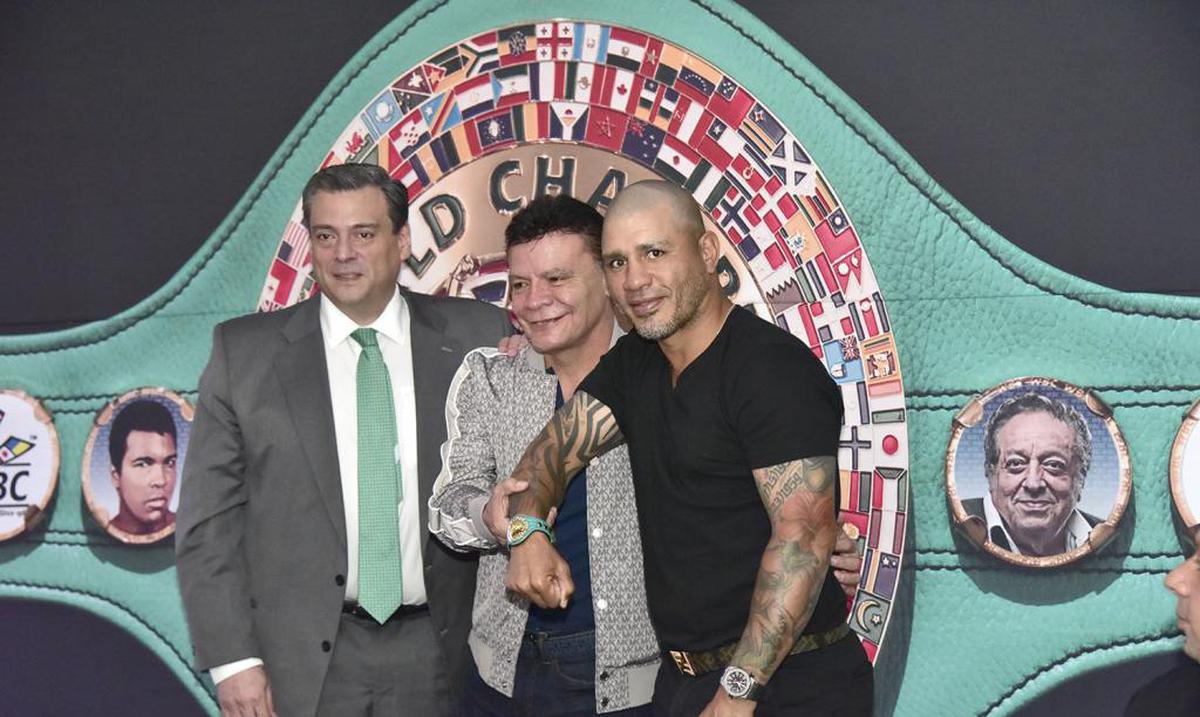 The World Boxing Council (WBC) recognized the trajectory of Puerto Rican Miguel Cotto, who gave memorable performances that landed him in the Inter

The World Boxing Council (WBC) recognized the trajectory of Puerto Rican Miguel Cotto, who gave memorable performances that landed him in the International Boxing Hall of Fame in Canastota, New York.

Cotto shone from his beginnings in amateur boxing and quickly consolidated himself at a paid level with a career where he had a record of 46 wins, 33 by way of knockout and only six losses.

During his tenure, Cotto revived the boxing rivalry between Mexico and Puerto Rico. He was a champion in four divisions and faced the best of the best, including Shane Mosley, Zab Judah, Joshua Clottey, Manny Pacquiao, Floyd Mayweather Jr and Sergio Martinez, among others.

The multiple champion said goodbye to the ensogados in 2017, but he did not put aside his passion for boxing because he has worked as a promoter and in that facet he seeks to return the golden age of boxing to his native Puerto Rico.

Cotto fondly remembered Don José Sulaimán, who in his early years as a professional gave him the opportunity to challenge for a WBC title.

For Mauricio Sulaimán, current president of the WBC, Cotto is an example of struggle and perseverance, of a boxer who, based on discipline and love of the sport, conquered his dreams and today reaps the fruits of his effort.

With emotions running high, former world champion Daniel Zaragoza and Sulaimán gave him a green and gold bracelet so that he always remembers the love and admiration that the boxing family has for him.

Tags: boxing, miguel cotto, World Boxing Council
Boxing: scar de La Hoya sets a date for his return and wants Mayweather as a rival
1.2 billion dollars, will be the estimated profit for the rematch Mayweather vs. mcgregor
Colombia debuted with two victories in the Women’s Boxing World Cup
BOXING 3584