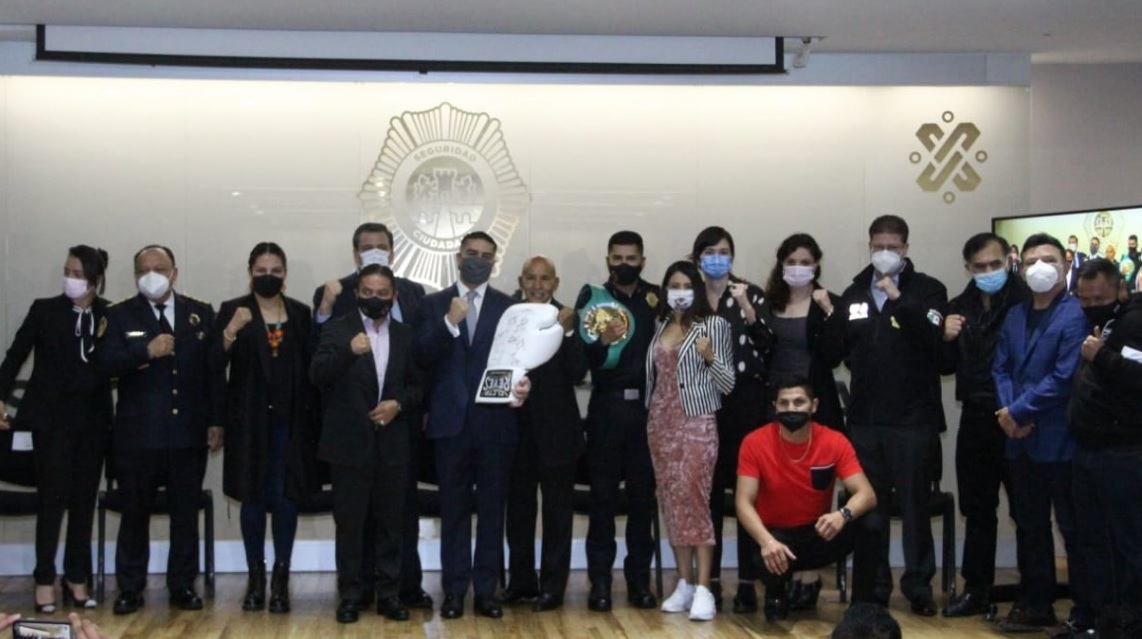 The World Boxing Council (WBC), in collaboration with the Secretariat of Citizen Security (SSC) of Mexico City, held the award ceremony fo

The World Boxing Council (WBC), in collaboration with the Secretariat of Citizen Security (SSC) of Mexico City, held the award ceremony for the outstanding police officers of the month cwith the objective of encouraging the work of officers and recognize the effort and commitment of the elements.

Mauricio Sulaimán Saldívar, president of the WBC, highlighted the importance of this sport, which has given Mexico more than 200 world champions.

He also recognized the boxing policemen who, in addition to their daily work, try to find a dream, such as the case of Irma Torbellino García, who pointed out that she is a female reference for the Institution, as well as Alberto Ruiz Ibarra, El Alacrán, whom, during At the event, he was presented with the WBC Latin American Belt, which he won in a fight held on August 20 against Jair Valtierra.

Likewise, it recognized the leadership of Omar García Harfuch, chief of police, to whom, as symbolic gratitude for his efforts and commitment to the public, he presented a pair of boxing gloves, a commemorative glove signed by champions and former champions of this sports discipline.

&#8220;It is an honor to be with two types of very courageous police people who have done truly amazing things for this city, and high performance athletes who are an example to many, not just the youth, children, to all of us,&#8221; said Harfuch.

And he stressed that the SSC seeks for all colleagues &#8220;to have professional development, but also to be able to pursue their dreams, which is why we are grateful to Mauricio and Héctor Sulaiman, for allowing this to come true.&#8221;

Also, during the event as a special mention, the official presentation of the &#8220;Teotihuacán Belt&#8221; was made, which will be held on November 6 between Saúl &#8220;Canelo&#8221; Álvarez and Caleb Plant.

Tags: World Boxing Council, Omar Garcia Harfuch, Teotihuacan Belt
I will never say that I am the best Mexican boxer in history: Canelo
Canelo demanded that reggaeton be removed prior to his fight against Plant
What’s next for the Mexican boxer after defeating Caleb Plant?
BOXING 1396