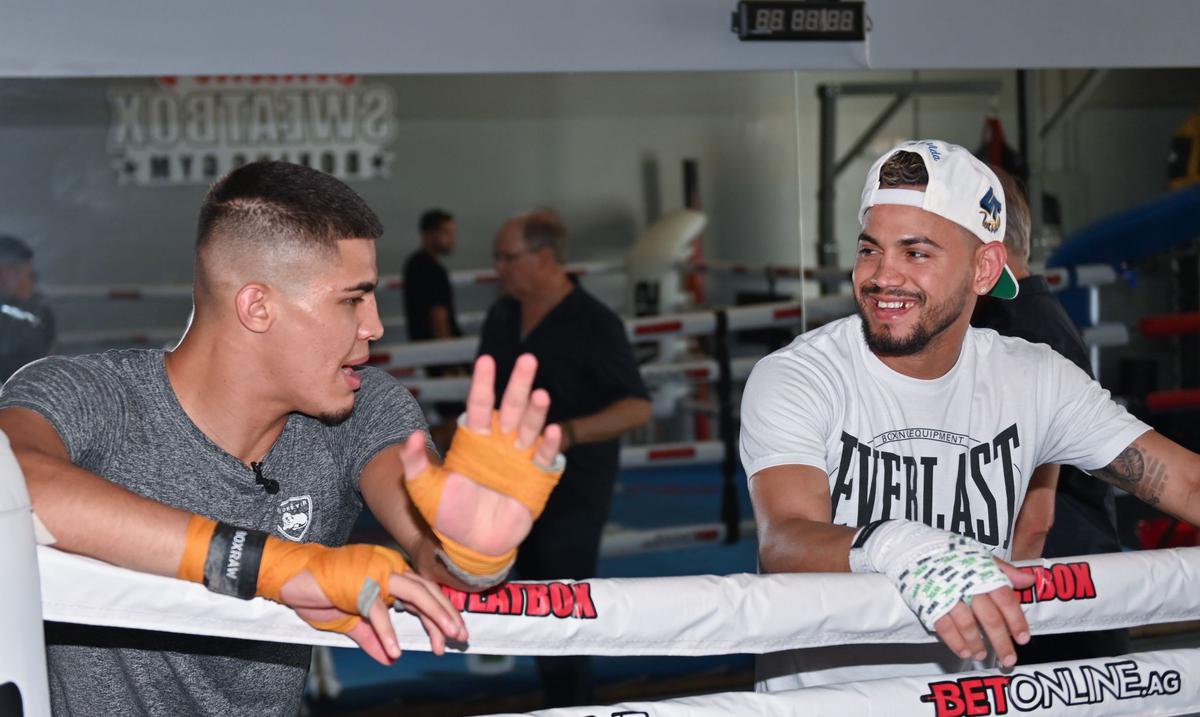 A few days before leaving for Las Vegas, Nevada, for his match against Mexican Elias Espada (22-4, 15 KO) on August 6, Zayas was visited by Cuban fighter Robeisy Ramírez, who also belongs to the talent stable of the promoter company Top Rank.

“It is the first time that we share in the gym. We follow each other on social networks, but the opportunity to be together training had not arisen, ”said Zayas from Sunrise, Florida.

The 19-year-old Puerto Rican mentioned that after each one finished their respective training sessions, they talked about some aspects of boxing.

“He is a double Olympic champion who told us several things he saw and it never hurts to listen. Among the tips he gave me was to use angles and distance. Basic things that can be improved,” he said.

Zayas (13-0, 9 KOs) will return to the ring for the first time since last March when he defeated Quincy LaVallais by unanimous decision. His participation in an event in June was canceled because he had a severe throat infection while training in Australia.

“The work is already finished. What’s missing is the cutoff for the weight (154 pounds). There is no small enemy so I took Espada very seriously,” he maintained.

Tags: Top rank, xander zayas, boxing
Mike Tyson pulls hilarious pranks on people who made fun of him
Boxing: Sweden’s Wallin wants to fight Fury again for the WBC title
A boxer became disoriented in the middle of a fight, began to throw punches into the air and had to be hospitalized
BOXING 3635