Yamil Peralta has a great chance today in Canada, against Ryan Rozicki 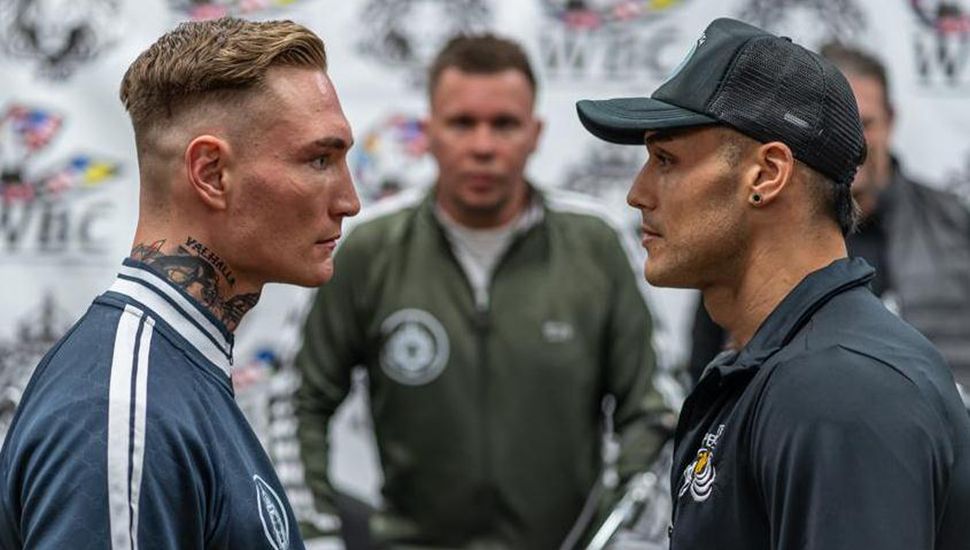 The Argentine, South American and Latin cruiserweight champion, the double Olympic representative Yamil Peralta, will face today the Canadian knockout Ryan Rozicki, in a fight in which the vacant World Boxing Council (WBC) international cruiserweight title will be in dispute. It will be a world class duel that will be the main event of the evening that will take place today Saturday at the Center 200 Stadium in Sydney, Nova Scotia, Canada, in a new bet by the company Argentina Boxing Promotions, which will be televised live through of TyC Sports and TyC Sports Play starting at 9:00 p.m. for Argentina and all of America in its First Boxing cycle.

This is a fundamental challenge for both. The undefeated Peralta (13 fights, all won, six by knockout), Olympian in London 2012 and Rio de Janeiro 2016, current No. 10 in the WBC cruiserweight world ranking, has just defeated Mariano Gudiño in unanimous decision on January 15 in defense of their Argentine and Latin WBC cruiserweight crowns. Opposite will be the knockout Rozicki (one loss and 14 wins, all by knockout), No. 9 of the same ranking, who after having disputed the WBC bridge world title by falling to the Colombian Óscar Rivas by points on October 22 last, comes from the March 19 dispatch Mexican Germán García by technical knockout in the second round. Whoever wins will take a fundamental step in his aspiration to a World Cup chance.

After arriving on Canadian soil in a delegation led by his promoter and manager, Mario Margossian, along with his coaches Ezequiel Torglele and Juan Ignacio Martínez, and his physical trainer Leonardo Fantini, Peralta from Buenos Aires recounted his feelings. “I am very happy and eager to be in the ring. This fight comes to me at the right time. I prepared myself very well, and I have had a lot of continuity, for which I am grateful to Mario (Margossian), who is very important. I arrive very well trained for this commitment. I feel very strong, eager, and eager for this challenge,” he added.

After being asked about his beginnings and his aspirations, he replied: “I’ve been waiting for something like this for a long time. I box since I was 14 years old. I have two Olympic games on me, and from then on I dream of reaching the top. That’s why this fight is essential. It is a very interesting fight, a clash of styles”, he considered, but clarified: “I came to win. I came to get the belt, ”he completed. The Canadian knockout was more synthetic. “I want to thank the organization for putting on the fight, and the Peralta team for coming here. It’s going to be a great fight, my fists speak for themselves. You know exactly what I’m here to do. I will look for the victory, as always”. He completed by saying that “I arrive very well trained. I haven’t stopped preparing since my world title fight. Right after that, I started camp for the next one, and from there to this one. So I am more than ready to fight,” he concluded.

How do you get to this challenge?

Peralta is in the best moment of his career. After representing the country all over the world in the Argentine national team, and after two Olympic games, he beat every rival in the rented field. First, he dethroned Marcos Aumada from the WBC Latin title in a unanimous decision on May 11, 2019. Later, he defended him in the rematch with Aumada (who had just knocked out Pablo “Pokemón” Farías from Junin), and knocked out Darío Balmaceda in nine assaults to snatch the South American belt. After defending her against Darío Karalitzky and Gustavo Schmitt, he challenged Balmaceda again. On March 12, 2021 he destroyed him by knockout in the sixth round to dethrone him from the Argentine belt. After dominating Karalitzky for the second time, liquidating Damián Muñoz and César Reynoso, he comes from dominating Gudiño. Now he goes for more.

Opposite will be Rozicki, three years younger, who will fight in his city. His 14 victories have been by knockout, and 13 of them within the first three rounds -the rest in the sixth-. He is the winner of his compatriot Abokan Bokpe, the American Shawn Miller, the Czech Vladimir Reznicek, and after relinquishing his unbeaten record at the hands of Rivas, he has just dispatched Garcia in the second.