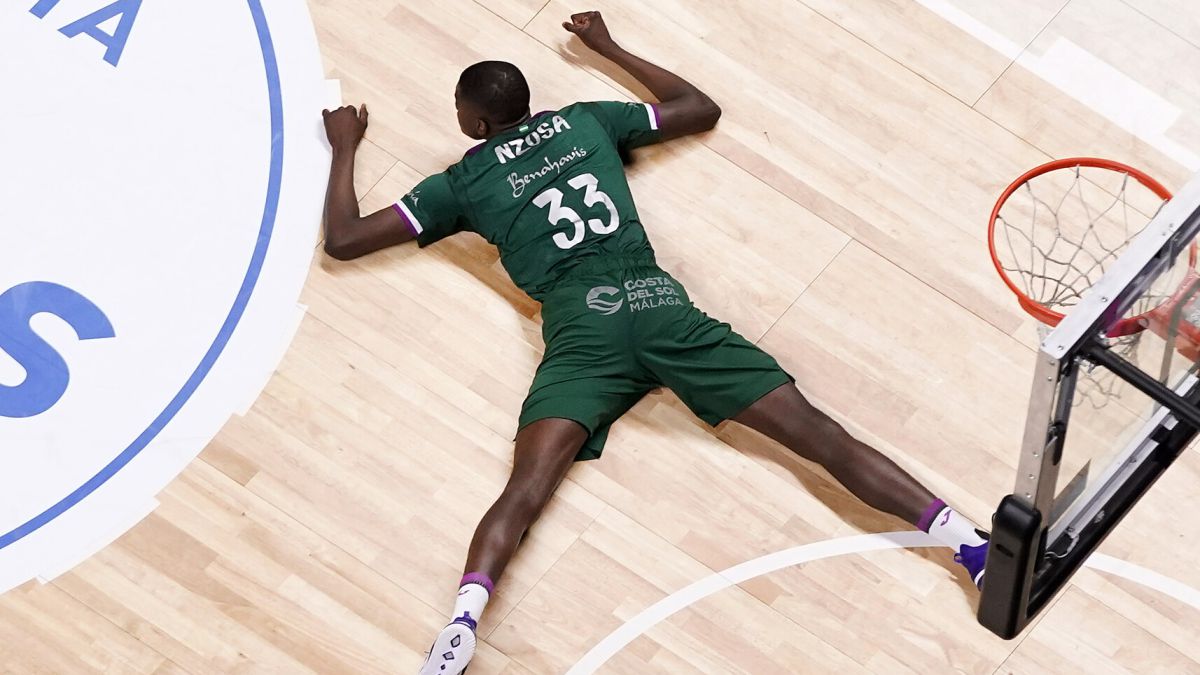 The NBA is preparing for a new season, but there are also players with a long-distance career that will conclude next summer: the 2022 Draft. They

The NBA is preparing for a new season, but there are also players with a long-distance career that will conclude next summer: the 2022 Draft. They are looking for someone to succeed Cade Cunningham, chosen this year in the first position by the Pistons. In that fight there are several non-American players, some more prominent than others, which raises the level of the last two layers for the internationals, who have had a minor presence since Luka Doncic’s impact in third place of the 2018 event.

Among those who will bet hard to be the best non-American is Jean montero, Dominican who was in Gran Canaria last season and will be the prospect most important of the new Overtime Elite League for this debut year of the competition. He had been present in the ACB and was expected to take a further step this year, but the strategy has been different, focused from his environment on the NBA in very short terms, and the risky option has been chosen. Another in the mix could be Paolo banchero, a real contender for the first position, if it were not because, despite having obtained the Italian passport and playing for the transalpine team from now on, he is from Washington, where his parents met. The possibilities of these two are somewhat different due to the trajectory they have experienced in recent times, although neither is the great favorite.

Nor is the protagonist here, Yannick Nzosa, who starts in first place, but his progression may be greater than those of his fiercest rivals.. The player starts another campaign at Unicaja de Málaga, with the attraction of the Endesa League and being able to also play a competition like the EuroCup. Its potential is greater and it is from November 2003, it is only 17 years old, the line of improvement is wider and the site it is in lends itself to it. Chad Ford, renowned analyst of young talents, has put the focus on him, citing the example of Doncic and assuring that there are scouts who believe that he may be 1st.

The one who for the moment leaves in the mocks how best placed is Chet Holmgren, who will play in the NCAA with Gonzaga. But Yannick Nzosa it is in the conversation, which is always a remarkable fact. For those who do not know the Unicaja player, he is a left-handed center with a lot of athletic ability, capable of running the counterattack fast and standing in the static against opponents with more weight and experience, without fear of playing above the basket and with Despite what he lacks to polish, maturity when it comes to understanding and interpreting the plays. Ford highlights the lateral speed and, although it may be a bit exaggerated, that it can defend up to three different positions with its 2.08 meters of height. His exit clause is easy to deal with, since it is one million, especially if he is so high in the predictions and transforms them into a reality in June of next year.

We can also speak of a success for Spain. And not as a training country, as something else. The activity in the offices of the institutions will also depend on this. ACE He revealed that the talks to nationalize him were underway, thanks to the good predisposition of the player. It is a possibility that he will play in the future with the Spanish National Team if the nature card arrives, so He would follow in the footsteps of Serge Ibaka from Congo and could be included -only one place, also at stake with Nikola Mirotic- in the calls and be a member of the Spanish team.

Nzosa is from Kinshasa, in the Democratic Republic of Congo. His mother still lives there, divorced from a father who is in China. The boy had to learn to fly only very soon. He was in the prestigious Stella Azzurra of Rome before arriving in Malaga with a controversial move in which his legal guardian, Joe Lolonga, participated, and which led him to this triple opportunity that he now has: exposure as a player, a new nationality and the NBA. He has recent examples of Congo in Bismack Biyombo (in Fuenlabrada before crossing the pond) and Jonathan Kuminga (elected last year), although also with a little more substance if we propose the name of Dikembe Mutombo (nationalized American). There are reflexes for Nzosa and very good ones. This boy, who grew up as a soccer goalkeeper and then switched to basketball seeing that he had the ability to do so, is on a high level.

As for the number one of the various generations, there have only been eight non-American elected this century. Of them, only one from Europe: Andrea Bargnani, from Italy, in 2006, already retired from the competition. Nzosa will seek to swell the list and Spain, try to be the first national player (if the letter arrives before that date) to achieve such a milestone and get higher on the list than Fran Vázquez (11th), Ricky (5th) or Pau ( 3rd).

Loading...
Newer Post
MotoGP 2021: “Something has to change”
Older Post
The gesture of Charles Leclerc in Russia that helped Carlos Sainz to finish on the podium