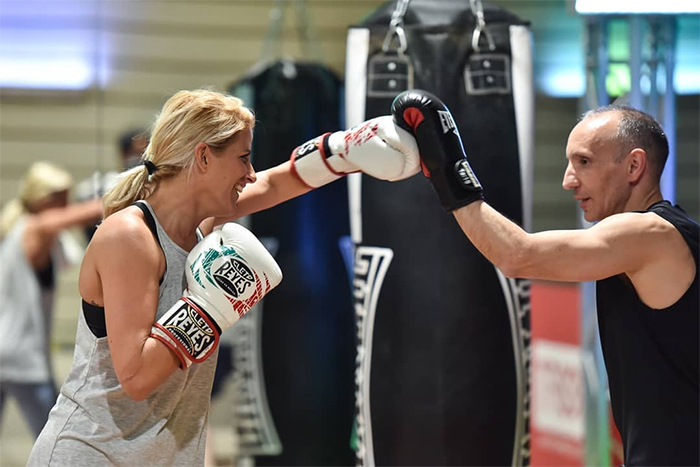 The new space is called Boxing Boutique and is the seventh boutique of the Yoofit Gym Experience multidisciplinary center.

(27-6-2022). Yoofit Gym Experience reopens its specialized boxing boutique at the hands of its personal boxing trainer Borja Viera. Until now, the space had been occupied by the Full Boxing brand, which replaced Fightland in 2021. The brand maintains plans to expand its boutique offer as well as replicate the model with a second center.

Yoofit Gym Experience reopens its boutique dedicated to boxing. The brand has decided to replace the march of Full Boxing by resorting to internal talent. This is the personal trainer with 20 years of experience in amateur boxing competition, Borja Viera, who worked as a multidisciplinary technician in the center’s fitness room, now running the boutique space.

Within its multi-boutique commitment, Yoofit opted for boxing in 2019, with the inclusion of a Fightland chain boutique in its facilities. The departure of this brand in 2021 gave way to the Full Pilates chain, which runs two centers in Madrid, one of them within Yoofit, to diversify by opening a Full Boxing studio in the same multi-boutique club, which has operated until this spring.

With this studio, Yoofit adds seven boutiques to its multidisciplinary offer that includes a Crossfit studio, Full Pilates, TRX, Flamenco, Yoga and the most recent to land in the center, Re-Educate Studio, opened in November last year.

Occupant for the eighth boutique

After consolidating the boxing offer, the center is now looking for an occupant for the eighth boutique, a 100m2 space previously occupied by Health Training and which is currently unused.

According to the general director of Yoofit Gym Experience, David Ramírez, “we are in talks with two brands that could be candidates to become the eighth boutique.”

Nor does it rule out the plan to reproduce the Yoofit model with a second center, either in the Community of Madrid or in another region of the Spanish geography. Although, for this, Ramírez points out, “we have to wait to see how the September campaign behaves.”

The club has closed a “positive” first semester, growing month by month, but very slowly”, analyzes its general director, who affirms that he is at the end of May “very close to the pre-pandemic figures”.

A path traveled that Ramírez expects to stagnate and even go backwards this summer. “Between June and August we are going to have a lot of casualties, because it is going to be a summer in which everyone is going to opt for leisure and vacations.” “We hope to recover in September and close a good year-end campaign to resume expansion,” he says in this regard.

Yoofit was born four years ago as a large sports complex, since it is located on the foundations of the former premium center Castellana Sports Club, with an area of ​​more than 8,300 m2, which combined the usual offer of large sports centers format, less pool, with a proposal for boutique studios that replaced the rooms for collective activities. The center has just opened a 400 m2 space for outdoor exercise, in addition to redoubling its technological commitment.

Loading...
Newer Post
Eight medals for the Canary Islands in the Spanish Boxing Championship
Older Post
Stephen Curry out of the Top-3: the controversial ranking of the 10 best current NBA players