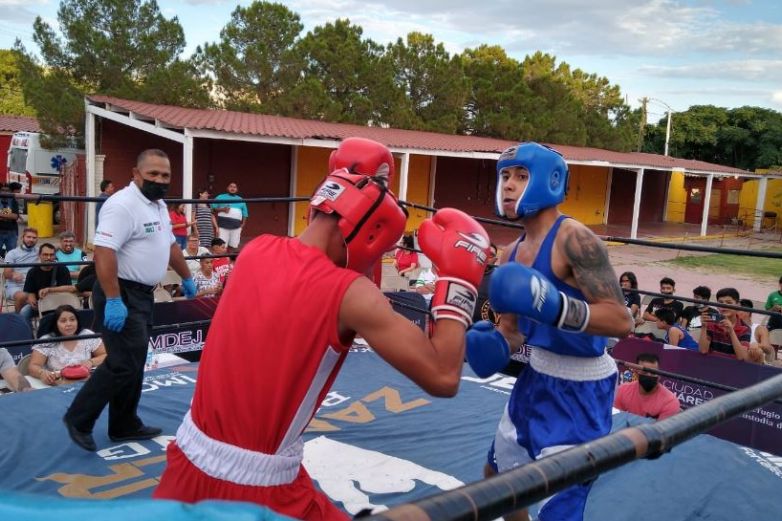 Ciudad Juárez.- Pugilists from this town, members of different gyms in Ciudad Juárez, staged the first fights between amateur boxers of different categories, of the 85 fights agreed to take place during a week at the Lienzo Charro Adolfo López Mateos.

The president of the Municipal Boxing League of Ciudad Juarez, Raymundo Bonilla, reported that the activities are taking place with the participation of 150 fighters who want to advance in this sport.

These are young rookies and others who have a few years preparing to contend and do their best in search of an opportunity to show off their skills and abilities in the ring, Bonilla said.

“They are rookie fighters who have very good quality. That’s the most important thing, because I’m sure very great prospects will come out of here,” said Raymundo Bonilla.

Gerardo Castillo, trainer and manager of boxers, said that there are 26 boxers from Team Castillo, who have been practicing boxing at the Manuel Auza Prieto Municipal Gym, located in the downtown area.

He stressed that the fights are carried out with the proper security measures, where protective masks, 10-ounce gloves, the corresponding mouth guard prevail in each and every one of the boxers who enter the ring.

For the development of the activities of the Sport Fest 2022 during this week, in the Lienzo Charro Adolfo López Mateos, there is the support of the Municipal Institute of Sport and Physical Culture of Juárez, the Protection Directorate, the Municipal Public Security Secretariat and the Municipal Boxing League.