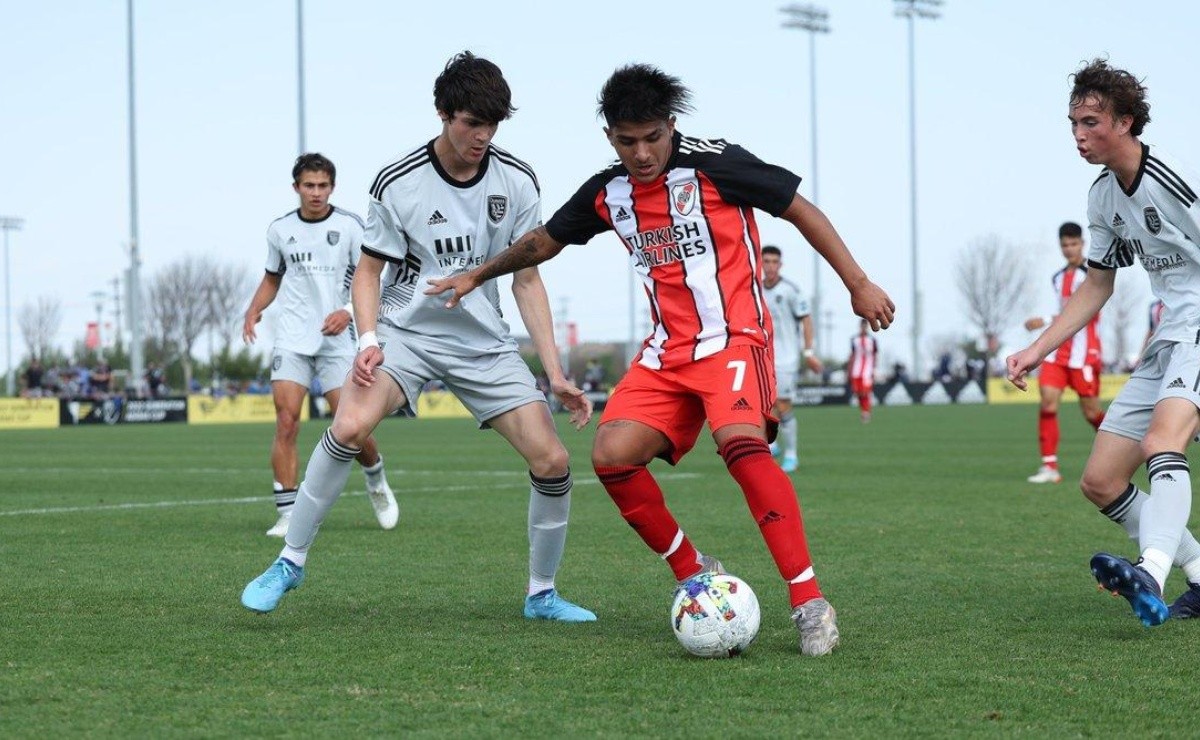 AMATEUR FOOTBALLCommentsThe Sixth Division of the Greatest will face Manchester United this Friday in search of the semifinals of the GA Cup, the t

The Sixth Division of the Greatest will face Manchester United this Friday in search of the semifinals of the GA Cup, the traditional youth soccer tournament organized by the MLS in Texas, United States.

The millionaire seed is preparing for a new challenge in the GA Cup, the traditional tournament organized by the MLS and which this year takes place in Texas, United States. After a great start in the group stage, with two wins and a draw, those led by Juan José Borrelli managed to reach the round of 16where they began to compete in single elimination matches.

The first stumbling block was Solar SC, a local league soccer academy. The Greatest won 3-1 thanks to goals from Joaquín Flores, Santiago Lencina and Thiago Acosta. In this way, the youth of River agreed to the quarterfinals of the contest, where they will face Manchester United. The meeting will be held this Friday, April 15, starting at 6:00 p.m. from Argentina.

What is the path that Juanjo Borrelli’s team took to reach the quarterfinals? He debuted with a 2-1 victory against D.C. United (goals by Agustín Wierna and Jonás Luna). In his second presentation, he equaled 1 to 1 against Saint Joseph in regulation time and then fell on penalties. At the end of the group stage, they got a convincing and necessary win by 6 to 0 against Nashville Academy. after beating Solar SC 3 to 1 in the round of 16, now it will be measured against Manchester United.

The Sub 15 will play the consolation round

The Eighth Millionaire closed her participation in the group stage with two matches that turned out to be tougher than imagined.
After debuting with a 2-0 victory against Red Bulls Academy, River fell 2-1 to Pumas de México and then tied goalless against Colorado Rapids. In the penalty shootout, the Greatest won, who now must play for the consolation round.