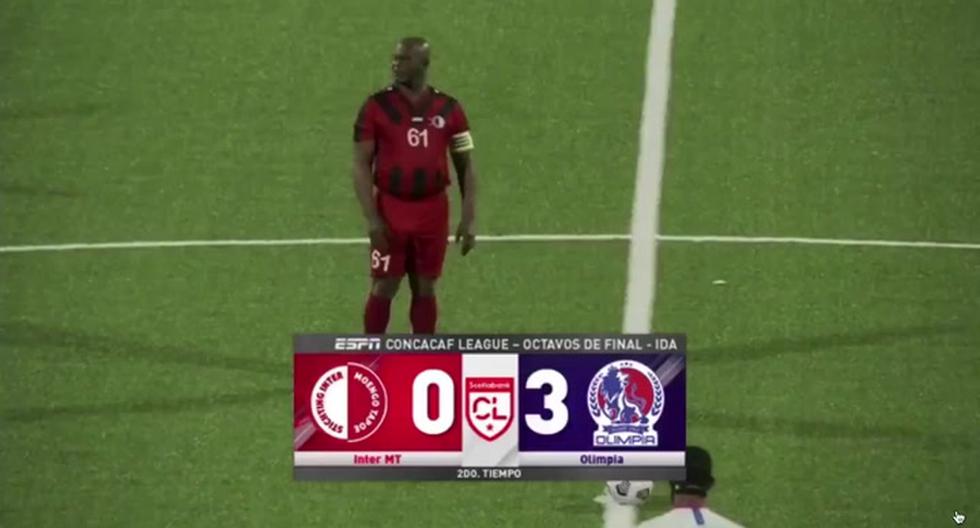 Ronnie Brunswijk has become a trend on social networks and YouTube. But who is this character? He is the vice president of Suriname and president of the Inter Moengotapoe club. This Tuesday, the man in question -as incredible as it may seem- dressed in shorts and jumped onto the court to play an official game of the Concacaf League.

At the age of 60, the owner appeared among the headlines of Inter Moengotapoe and, as if that were not enough, wearing the captain&#8217;s tape. The politician was in the field until minute 54 of the contest and beyond doing little to avoid the overwhelming 0-6 against, the fact that he participated in such a contest, in addition to being curious, goes down in the history of the soccer.

According to data from Mister Chip, Ronnie Brunswijk, aged 60 years and 198 days, becomes the oldest player to play an official international club match (the Concacaf League, the second most important tournament of that confederation). Of course, previously, the owner of the Surinamese team was in local league commitments and in other friendlies. 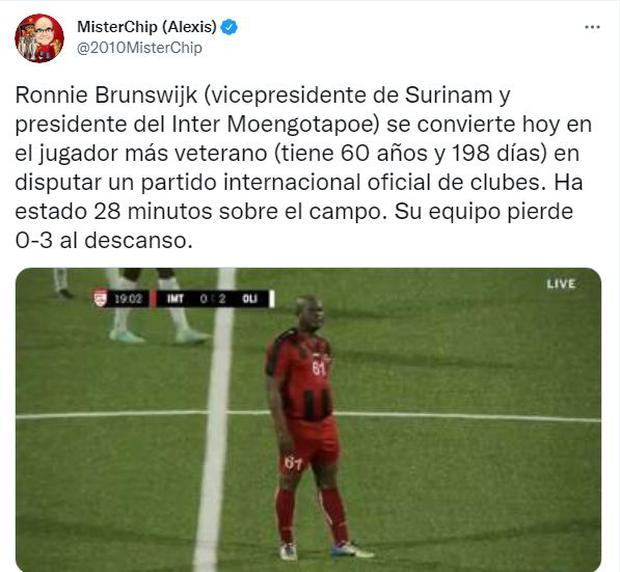 Ronnie Brunswijk has made history, according to Mister Chip. (Photo: Capture)

And there is more, because Ronnie was accompanied in the team by his son Damian, who wore the number 10 on his back, but only participated in the actions until the 28th minute. While one of the nephews started the game between the substitutes against him Olimpia directed by the Argentine Pedro Troglio.

Ronnie Brunswijk is known in Suriname for founding the paramilitary group Movimiento Comando de la Jungla during the 1980s. Years later, he was charged with drug trafficking in Europe. After that period as a guerrilla fighter, this character fully immersed himself in business and sports activities.

Brunswijk bought Inter Moengotapoe and under his leadership the club won local titles, although in 2005 he was banned for five years due to misconduct during a match. After that punishment, the politician of the General Liberation and Development Party has done his own thing and this Tuesday jumped into the history of the beautiful game.