Zalatoris finally debuts after a dramatic playoff with Straka 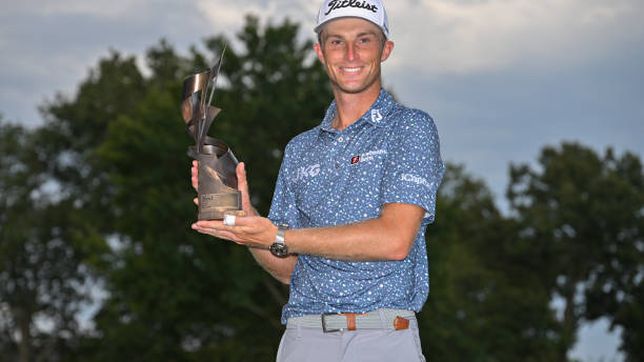 The American Will Zalatoris was crowned this Sunday with the St. Jude Invitational, after triumphing in a vibrant three-hole playoff with the Austr

The American Will Zalatoris was crowned this Sunday with the St. Jude Invitational, after triumphing in a vibrant three-hole playoff with the Austrian Sepp Straka, in which he won despite concluding with a ‘bogey’. Zalatoris and Straka completed the four rounds of the St. Jude Invitational, played at the TPC Southwind in Memphis (Tennessee), with an accumulated fifteen under par, so they played for the title in the tiebreaker.

The American and the Austrian completed the first two holes with par, four shots, but it was in the last one when the tension became maximum. Zalatoris opened with a shot that sent the ball less than four inches from the water, just missing the penalty.

Straka also missed the opening hit and, in his case, the ball did end up in the water, which carried his penalty. That allowed Zalatoris to complete the hole with a bogey that was enough to give him his first PGA Tour title. This comes after being three times second this year and eight top-10, surely the best player of the course among those who had not yet won. He thus confirms a very promising future.

Jon Rahm, who closed the third day six shots from the head, signed one of his classic comebacks on Sundays and at times threatened to get into the fight. The Biscayan shot -4 (66 strokes) with five birdies and one bogey and rose to fifth place, which makes him win two places on the FedEx list: he is now 14th. Chilean Joaquín Niemann finished thirteenth, with an accumulated nine under par (271 hits). His compatriot Mito Pereira finished the tournament with a total of five under par, while Colombian Sebastián Muñoz finished with a four under par.

Check out the full standings for the St. Jude Invitational here.

Loading...
Newer Post
Liga MX: Results and matches of day 8 of the Apertura 2022
Older Post
“He wanted to be like Fernando Alonso”: the pilot who today fulfills his dream of racing alongside the Nano