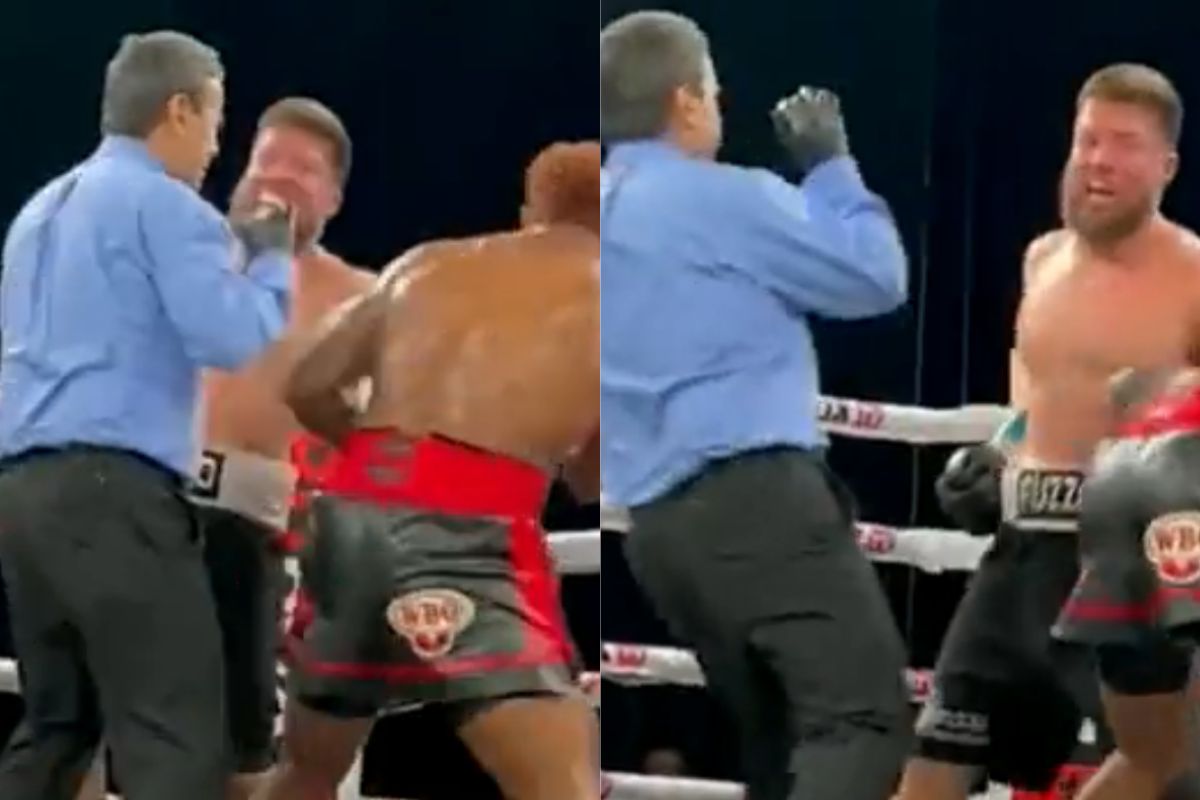 The referee intended pull apart to the pugilists but the boxer Mexican gave him a thump on the jaw in an accidental action. The terrible ev

The referee intended pull apart to the pugilists but the boxer Mexican gave him a thump on the jaw in an accidental action.

The terrible event occurred this September 10 in a function of box Come in mario aguilar (of Mexico) and Brandon Glanton (of USA) for the vacant title of cruiser weight.

The actions began in favor of Glaton who was more consistent in the distribution of blows.

It might interest you: VIDEO: The campaign was set up! Tigres fans come to blows

For the second round, things did not change in favor of the Mexican who could not respond to Brandon’s punches.

In this second round, Aguilar was against the ropes, Brandon threw his body forward so both fighters were hooked by the arms.

Given the situation, the referee tried to separate the two boxers, but in the action the Mexican wanted to give Brandon a left hook, but ended up connecting the face of the third on the ring.

Taking the impact near the jaw, the referee remained stoic and let the fighters get on with the fight.

Many were surprised by the resistance of the referee although it did make him take a few steps back.

It might interest you: What does it say?! Promotion to ‘Black Adam’ by Tigres does not go as expected

To Mario’s misfortune, the fight ended a few seconds later by technical KO since the referee ended the fight before the rain of blows from the American on Aguilar.

‘That referee has a chin’ – the boxing official is cheered after being hit in the face by a left hook from Mexican fighter Mario Aguilar as fans praise him for ‘eating’ the ferocious blow. pic.twitter.com/zBmTWS3zzM

Loading...
Newer Post
NBA: Homophobic scandal of an NBA number 1: “Look at these fagots! What has the world become?”
Older Post
History of Ecuadorian soccer received their licenses as technical directors