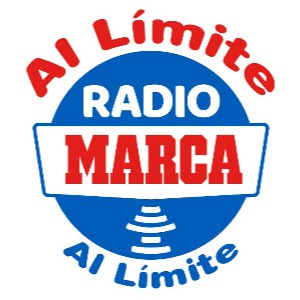 Monday, August 1, 2022, 11:24 The Xunta's Zero Obesity Plan and the market study of the sporting goods sector were the su

The Xunta’s Zero Obesity Plan and the market study of the sporting goods sector were the subjects of Saturday’s “Al Límite” program. In the Sunday Gathering, the World Athletics Championship was analyzed, the pain with which many athletes live was discussed and the new rules of arbitration for the next football season were valued.

The contents of last Saturday, July 30, were:

– Professor Luis López Nombela, Scar Garro and Gerardo Cebrin commented on current football events in the summer. They talked about Cristiano Ronaldo (who keeps asking to leave Manchester United), about the signings of the Premier, Barcelona and Real Madrid.

– In the athletics section, a balance was made of the World Cup in Eugene in relation to the Spanish performance.

– Jaume Ferrer, director of Sportpanel, commented on the results of the “Market study on the sporting goods sector in 2021”.

– Dr. Silvia Plaza, from the Baritric Endoscopy Unit of the HM Sanchinarro University Hospital in Madrid, spoke about the increase in kilos in summer and offered recommendations for leading an active life.

– The Spanish Federation of Municipalities and Provinces and the Spanish Sports Association have come together so that local and provincial administrations can count on specialized advice on sports matters. Daniel Casares, general secretary of the FEMP, intervened.

– Fernando Soria Hernndez commented on the news of Spain moves.

– The contents of the program 5 of TV athleteswhich is broadcast on Thursdays on Teledeporte.

In the Tertulia on Sunday, July 31, the following topics were discussed:

– Various media outlets are praising the level of the players from the Spanish basketball academy as opposed to the few opportunities they have to access the ACB and the National Team. In the Tertulia it had been discussed weeks ago.

– International evaluation of the World Athletics Championships in Eugene.

– Many athletes have confessed that, after their retirement, they regularly live with pain. Pedro Manonelles (from the Spanish Society of Sports Medicine) intervened.

– The Ukrainian Football League returns on August 23 without an audience in the stands and with bomb-proof bunkers in the surroundings.

– The new measures announced by the Referees Technical Committee for next season were also discussed.