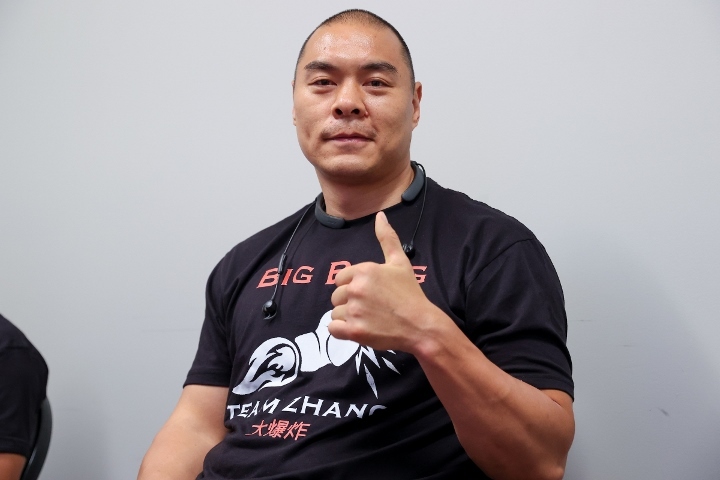 In recent weeks it was made public that Tyson Fury and Anthony Joshua were in talks to face each other in December. It should be noted that Jo

In recent weeks it was made public that Tyson Fury and Anthony Joshua were in talks to face each other in December. It should be noted that Joshua comes from losing in the rematch against Oleksandr Usyk, while Fury seeks activity to face the Ukrainian in 2023, with the aim of achieving the unification of the heavyweights.

However, there are those who believe that the confrontation between the British strikers will not happen; that is the case of Tommy Lane, the manager of the Chinese boxer Zhang Zhilei, who even proposed to ‘AJ’ that he face his boxer, in what would be an interesting fight for the category. In this regard, Lane stated that, having fought on the same card, both arrive in optimal conditions.

“AJ and Zhang are on the same schedule. They fought for the last time on the same night. Zhang didn’t get hurt during their fight, he’s back in the gym now and he’ll be fresh and ready to go if AJ wants him,” Lane said, adding “Zhang and Joshua also have history and unfinished business from the fans, when they fought in the 2012 Olympics. Zhang has all of China behind him, and AJ remains one of the top faces in professional boxing.”

When asked for the reasons why he does not believe in the fight between Fury and Joshua, the manager considers that the ‘Gypsy King’s’ intentions are not clear: “I’m not sure if Fury vs. Joshua will be done. I think Joshua wants it, but you never know what Fury’s intentions or plans are. This could be a negotiating ploy with Usyk, or someone else. Only Fury knows.”

On the other hand, Lane considers that “I don’t think Joshua will beat Fury, but it’s another shot at the heavyweight championship for a ton of money, so I don’t think you can say it’s the wrong fight for AJ. But if that fight falls through, we are ready, willing and able to come to London to fight Joshua when he is ready. Given their styles, AJ v Zhang would promise to be an explosive fight for the fans.”

Finally Tommy Lane considers that a hypothetical fight between his boxer and AJ would be an interesting bet for Matchroom Boxing: “Joshua vs Zhang is by far the biggest fight of the other options that Eddie Hearn has mentioned publicly”.

Boxing, wrestling, judo and volleyball work on techniques, heading for the Conade 2022 Nationals
Countdown to the Night of Stars Probellum | Other Sports 123
‘Mexicans make boxing have a very special flavor’
BOXING 4150