Zion Williamson will miss the start of the season again 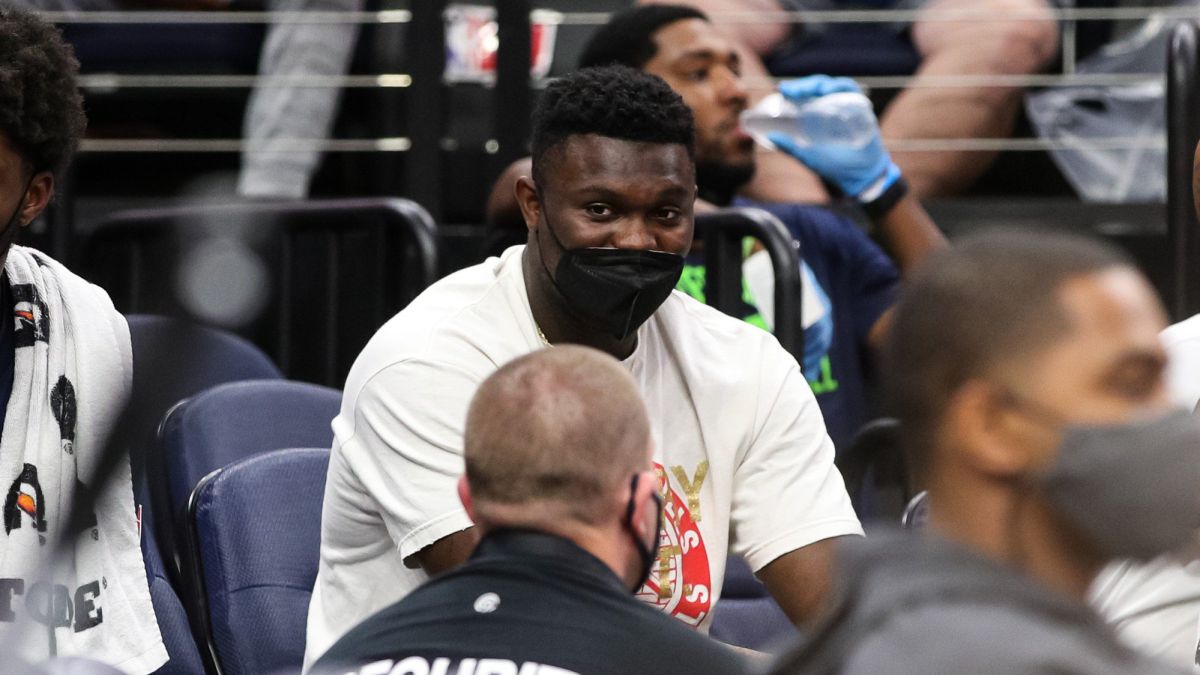 Zion Williamson will not be able to participate in the season opener due to discomfort you have in your foot that was operated this summer. The p

Zion Williamson will not be able to participate in the season opener due to discomfort you have in your foot that was operated this summer. The player’s dismissal has been confirmed by the New Orleans Pelicans board and medical services, Dr. Richard Ferkel and the team physician, Dr. Scott Montgomery.

Zion Williamson (foot) will be re-evaluated in two weeks and there’s no return timetable for now, Pelicans’ David Griffin says.

This operation has generated small disputes between Zion and the franchise, since the player at no time did he communicate to the Pelicans of his intention to have surgery. You will not be able to attend the opening day of the NBA, as planned and will be re-evaluated in 2-3 weeks. At the moment, there is no return date. “Everyone’s goal is to get Zion back to play as soon as possible. Obviously two to two and a half weeks from now it means he won’t be on the court for the first week of games. When I can return healthy there it will be”Commented David Griffin.

The power forward was injured before starting the Summer League, and both the player and the franchise were counting on him to arrive for the league start. “I hope to be back for the first game. First official game, I would say”Zion commented. Now, with the loss of the star, Willie Green, coach of the Pelicans, will have to change the quintet for the beginning of the NBA. “It’s part of the game. We miss him. He’s here and he’s making progress, like Griff said. But we have to prepare other players, there is a game on Wednesday against Philadelphia. We just have to be prepared”Stated Green.

Not Williamson’s first injury. In 2019, he also missed the start of the season due to a knee injury. Green will only be able to count on one of his two key pieces, Brandom Ingram, who will now have to occupy the 3-4 position alongside Naji Marshall. “Unless you play certain teams, you play the Lakers, they could be a little bit bigger. You play Milwaukee, they could put up a big lineup. That’s when you really have to think about your initial 4, 3. But against many teams, 3 and 4 players are interchangeable and BI can play in any of those positions”Stated Green.

59 games are those that Zion missed last season. He is a player who, if he is healthy and reaches a good level, is key to the intentions of the franchise. For the moment, the Pelicans show calm, this is how David Green transmitted it: “it’s not terribly debilitating either. The idea again is to return as soon and safely as possible. I believe that the way the doctors are handling this gives a lot of confidence in which that will be the case. We would love not to have to deal with that. But we are pleased with the way it has gone so far “.

Loading...
Newer Post
Mexican boxer ends up in hospital for surgery after receiving tremendous knockout
Older Post
MMA: Incredible! Connor McGregor travels to the Vatican and ends up in a fight with a famous Italian singer