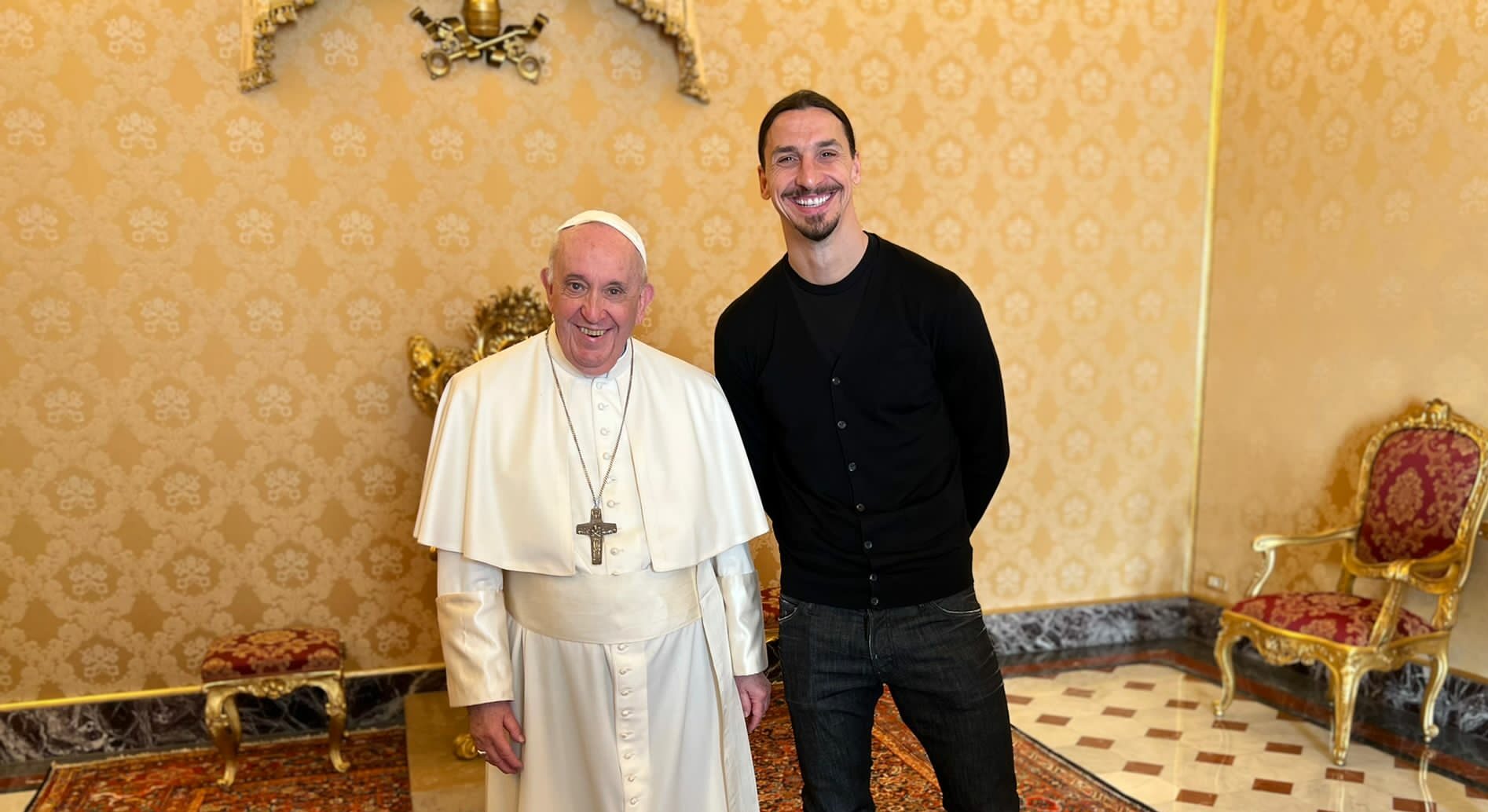 Milan striker Zlatan Ibrahimovic bragged about his meeting with Pope Francis at the Vatican. Swedish shared an image next to the Supreme Pontiff.

Milan striker Zlatan Ibrahimovic bragged about his meeting with Pope Francis at the Vatican.

Swedish shared an image next to the Supreme Pontiff.

“Peace and love,” he wrote.

On your visit, Ibrahimovic brought him a copy of his book “Adrenalina”, autobiographical, and a Milan shirt with his number 11.

You may also be interested in: ‘Canelo’ and Reynoso, Boxer and Coach of the Year

The “Canelo Team” is at the top of boxing.

The World Boxing Council (WBC) confirmed this Tuesday that Mexicans Saúl Álvarez and Eddy Reynoso are the Boxer and Coach of the Year.

Álvarez became the first Mexican or Latin American boxer to be undisputed champion in November, achieving at the same time the 4 most relevant belts in boxing, in this case the Super Middleweight.

Meanwhile, Reynoso, who is the coach and manager of the currently considered best pound-for-pound fighter, takes the Coach of the Year distinction, because during 2021 he had a perfect streak with his team, because in addition to Saúl he led to victory other fighters like Oscar Valdez, Ryan García, among others.

Boxing: Kambosos surprises and wins Tefimo Lpez to take away the lightweight scepters
Under trial Canadian boxer who beat two tourists in a Playa del Carmen bar
Altafit expands its network of boxing clubs with the purchase of …
BOXING 1346

Loading...
Newer Post
More than 66 million people play golf around the world
Older Post
5 NBA players who have not debuted in 2021-22 and who can be crucial