Zlatan Ibrahimovich will now be immortalized in the cinema, will he leave football? 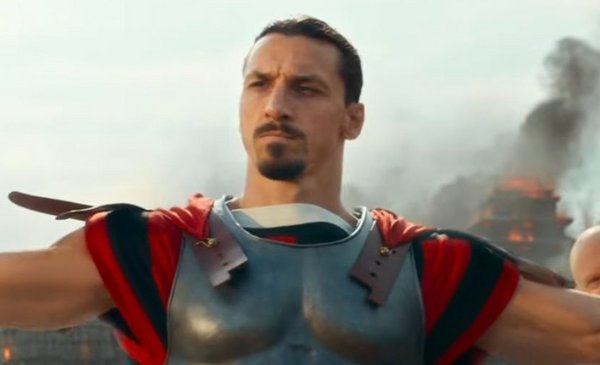 Sunday, September 25, 2022 Football player Zlatan Ibrahimovic He has always been one of the icons in soccer and his time with the AC Mi

Football player Zlatan Ibrahimovic He has always been one of the icons in soccer and his time with the AC Milan he has made him champion in the previous season, despite no longer having minutes in the team. But apparently that time that he has not invested on the courts has been used to make way for his new project.

A few months ago we were able to see some images where the Swedish player was training constantly and with great muscular work at 40 years of age. It did not make any difference to many that the soccer player was working a lot on his physique, taking into account that he has been very dedicated to his regimen within football.

From the field to the cinema

However, this time there was a different version and that is that today the player from the Rossoneri team published the trailer of the film on his social networks Asterix & Obelix with the phrase “Soon, live France”. What was surprising is that Zlatan is part of the cast of this film in what would be his debut as an actor.

In this way, he jumped to the big screen in this film that will be released next year and where he will represent “Antivirus”, who resembles a Roman soldier. Precisely in the images you can see Ibra showing her skills as a soccer player and while she recovers from her left knee injury she takes advantage of the time in this way.

Loading...
Newer Post
25th anniversary of the Valderrama Ryder Between the deaths in the Strait and the Spice Girls
Older Post
Tennessee got its first victory by beating Las Vegas